a film by Genti Korini

SYNOPSIS :
Set in April 1978 in a retro-futuristic abandoned place, two men, the Artist and the Critic have a mysterious encounter. They engage in a tense-intense philosophical conversation about the role of modernist art and aesthetics in society,*

* This film is inspired by the book “Labyrinths of Modernism – the critique of modernist aesthetics” (1978), written by the Albanian Marxist art critic of the time, Alfred Uçi. Modernism was entirely banned during communism in Albania, which was a period of repression, persecution, and censorship in the cultural sphere.

Spider’s Envy is commissioned by Manifesta 14 Prishtina and is produced and supported by Anima Pictures, Albania. 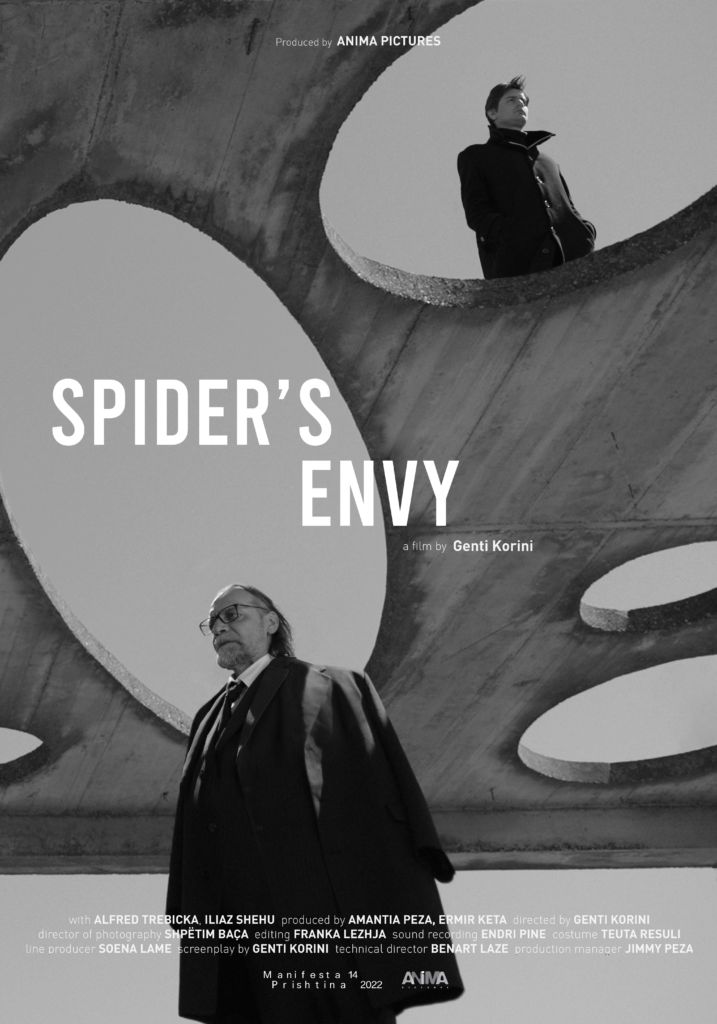